We made a promo video series to present the complex security system of a Swedish tech startup partner. The animated shorts had to perform well both within an international trade fair presentation and on the website of the company. Reconciling the requirements of making a consumable video and introducing the concept in its entirety with all the technological details was a veritable test to our ingenuity. 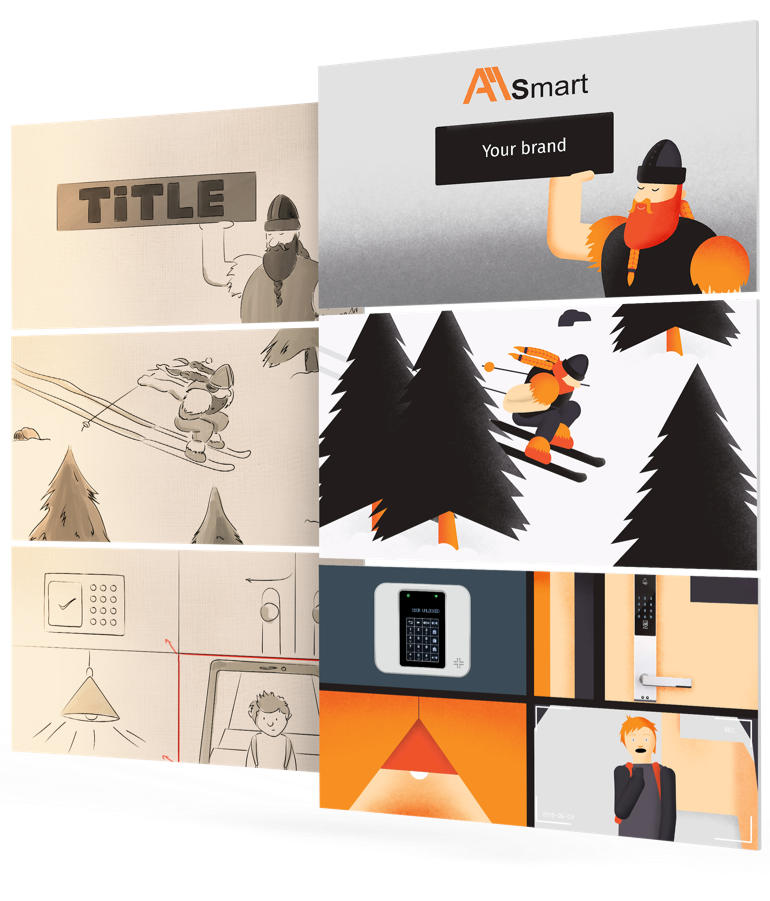 After revisiting the previous promo video of the company, we devised video shorts reflecting AM Smart’s identity on a higher level and presenting the essence of their sophisticated system in a way that was comprehensible to the average customer. Then the videos were re-edited to stand as an intro to the debuting presentation of the firm on an international trade show. The videos were ordered by the Swedish parent company, but we were contacted by their Hungarian agency.

Through numerous consultations and meetings, we got familiar with the whole system and understood the versatility of the company and their product line. After many rounds of storyboarding, we managed to agree on the final plans. Developing the protagonist character the viewer could identify with was a challenge on its own. In creating this, we focused on the attributes of Scandinavian culture.

But beyond that, we were given free rein, apart from the fairly tight deadline we needed to cope with. Then we proceeded to the production and completed it in time without any major impediment, so much so that we could even prepare an extra version for the upcoming fair.