We succeeded to make a PR video truly cut out for BDI Hungary, a global industrial trading company. They commissioned two promo videos about their technologies as well. The huge corporation is proudly showing these videos on their website, while their sales team achieves nice results with the technical promo videos. Proving their contentment, they have been our repeat customer ever since. 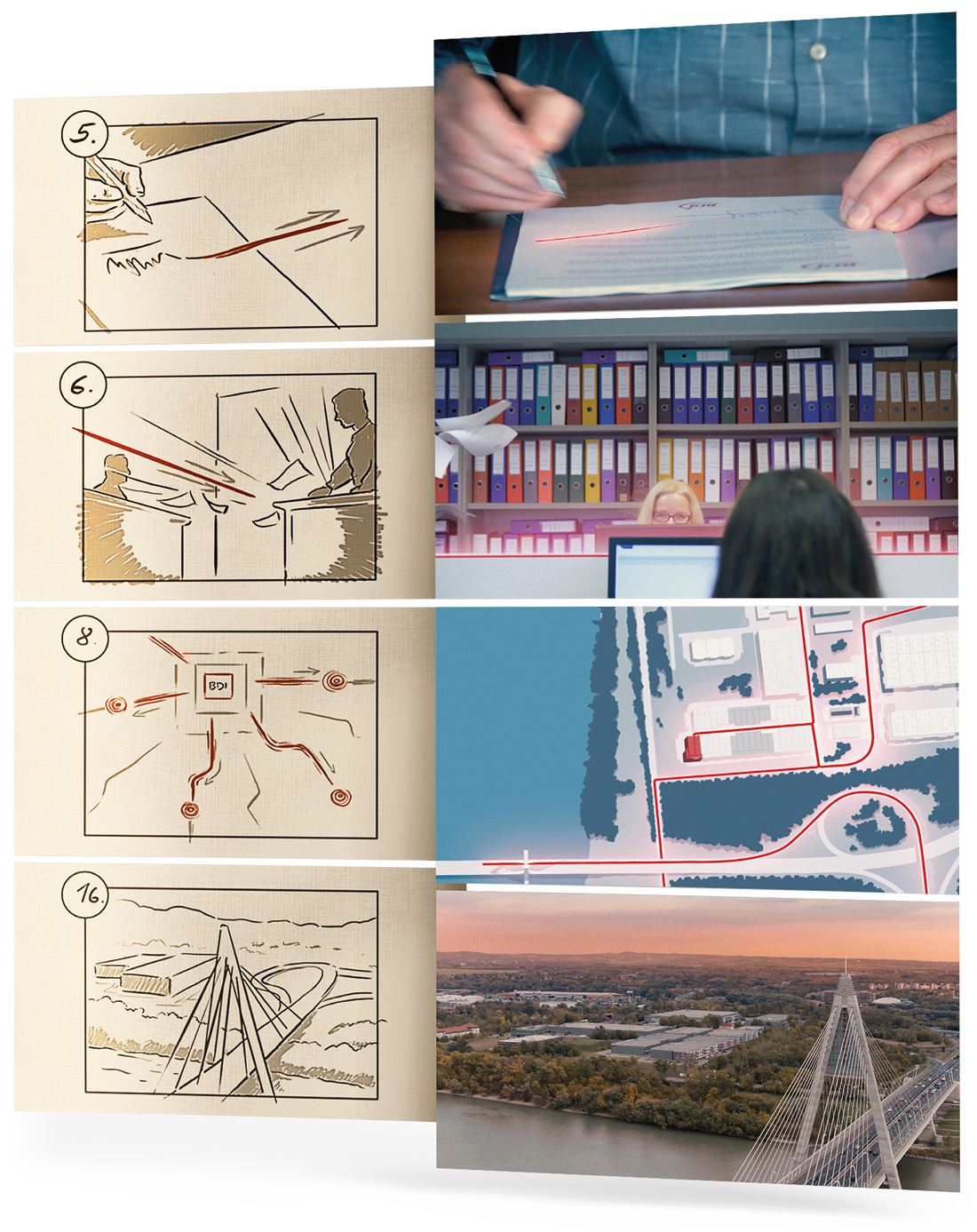 We had to understand the company’s complex profile and operation as well as the corporate and industrial environment they work in. Our goal was to make a PR video about the company in general and two more specific videos about their technologies.

The storyboard of the PR video was completed after a great deal of consultation and research. We used both live action and animation techniques for the final works. The design was devised in line with the existing image, in close cooperation with the company. In the PR video, we conceived the abstract theme as a figurative vascular network symbolizing the added value produced by the company. The execution proceeded according to precise planning, and the final result was 100% as imagined. The on-site footage and reference videos were shot in a total of five different factories throughout Hungary. Strict adherence to high safety standards was an additional challenge we had to face. During the post-production, upon the corporation’s requests, we removed the elements containing industrial secrets not to be disclosed. Live action was complemented by 3D infographics, reinforcing the professional narrative.