We benefitted from our creativity in the Dutch market too, when we developed a 3D goal-scoring mobile game for our client, United Retail, in connection with the 2012 UEFA European Football Championship. Our client’s main goal was to promote their Euronics store chain brand. 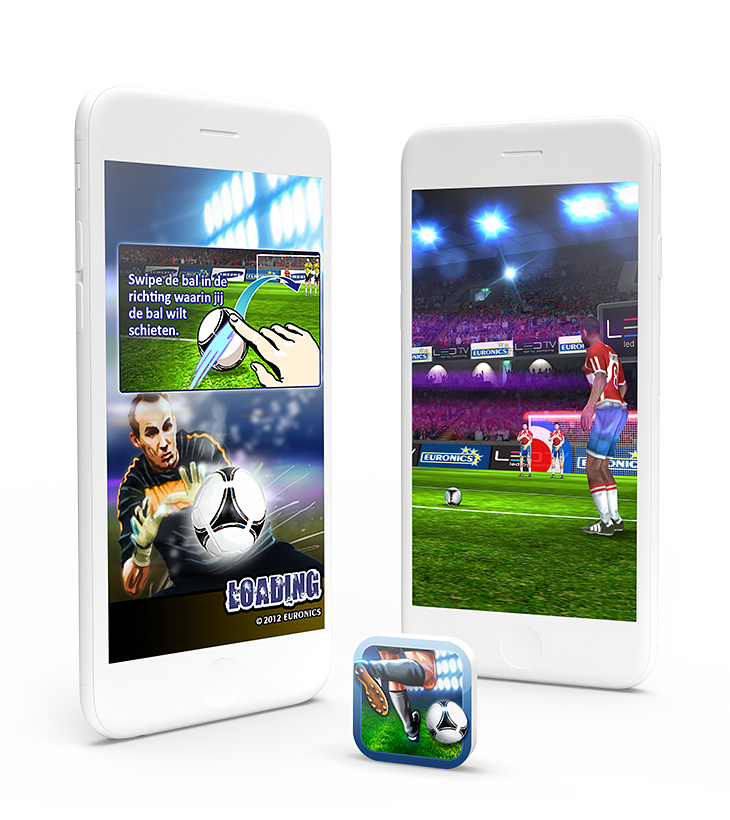 According to the campaign message, large-screen TVs are the most suitable for watching the championship, which can be purchased at Euronics stores with their product experts’ assistance. Playing with the app game, potential buyers could not only receive this hidden campaign message, but could even win one of these high-tech televisions.

The application has been optimized for both iOS and Android platforms, phones and tablets. Since we needed to take into consideration occasional users as well, eventually we chose a goal-shooter challenge game, which was completed with other interesting game modes, such as shooting at a moving target or getting the giant striped beach ball into the goal. Besides, players could be ranked on a leaderboard, increasing their chances of winning. We also created a microsite to promote the application, where the leaderboard’s ranking was also available; moreover we placed dynamic ads at several levels within the application.

The game proved to be extremely popular and the client was exceptionally satisfied with the result.