We made an educational and interactive film for the World Hunting Exhibition at the Ipolytarnóci Ősmaradványok visitor center. We projected the experience onto a 2 meter high and 7 meter wide interactive wall that showcases the secrets of hunting, conservation and the past in a playful way. In the film, Miocene animals come to life, we can interact with them by touch, then the volcanic eruption that caused the extinction of present-day fossils closes the scene. 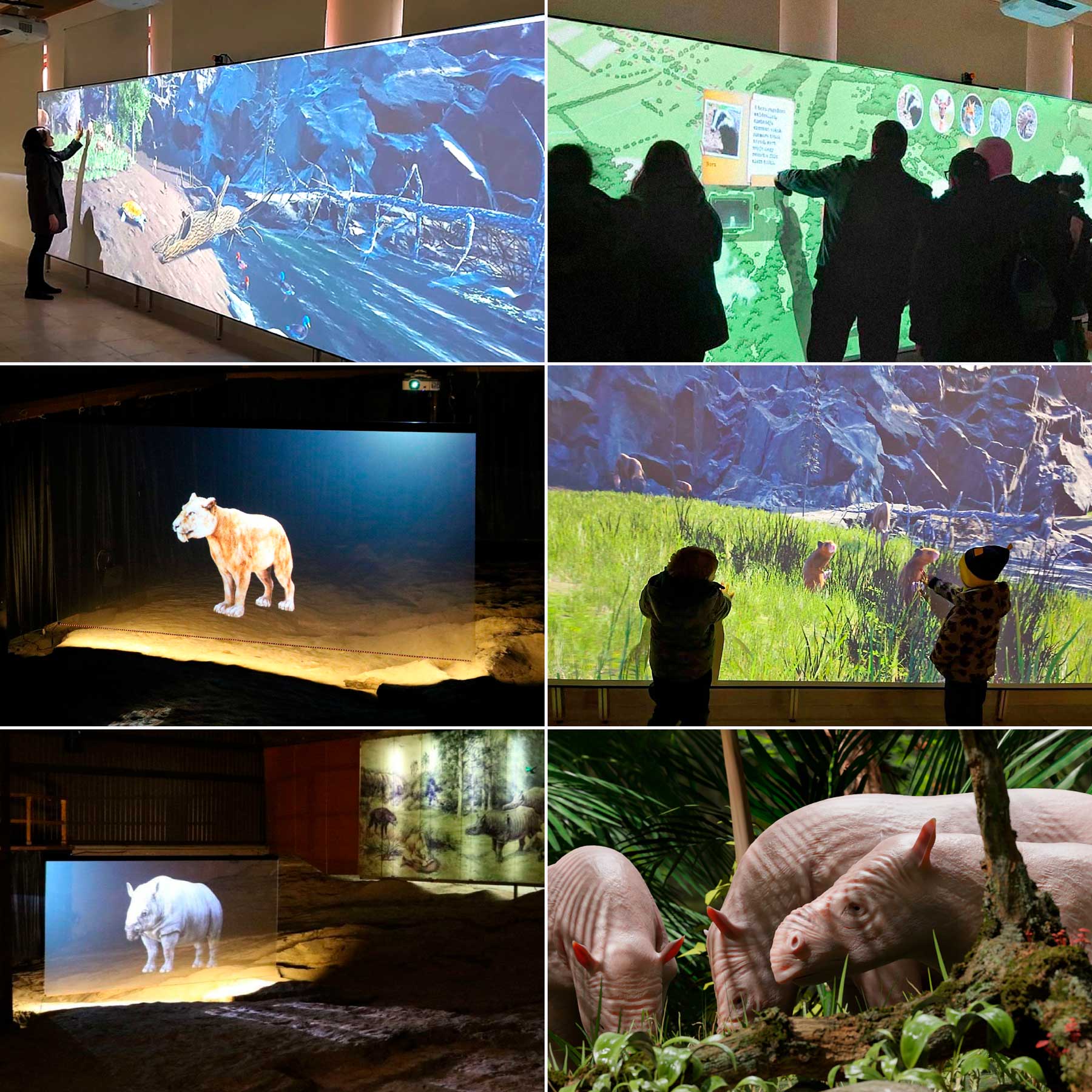 Our development is based on a special nature film that turns into an interactive playground after the first frame: when you reach the wall, the animals in the film react to our touch - the deer scares and runs away, the bear dog rises, the crocodile swims across the stream, so guests are become  an active part of the life of the former and present hunting grounds.

In the film, live and drawn scenes alternate, in the production of which we used several technological solutions. Their interactivity has been solved with laser technology and their projection is provided by ultra-close projectors. The modeling and animation of Miocene animals, plants and the environment was carried out with the help of experts, and the scenes depicting modern hunting were assisted by hunters. The interactive experience is made even more complex by VR goggles, thanks to which we can admire the Ipolytarnóc Fossils Nature Reserve 360 degrees, sometimes through the eyes of birds or from a hunting lodge.

The film was screened at four other venues: in Budapest, Miskolc, Eger and Debrecen. 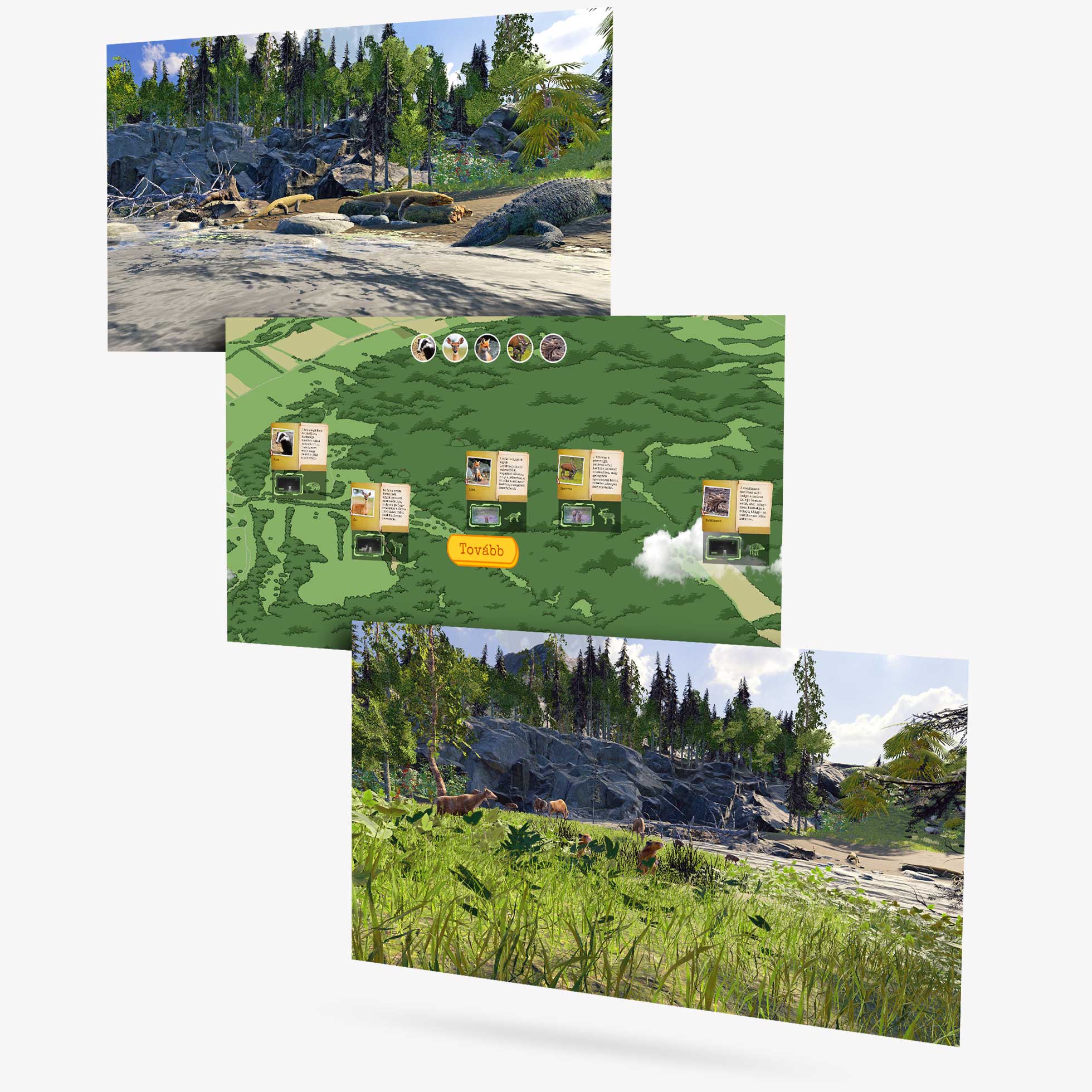