KÖVET Association for Sustainable Economy provides services and organizes programs for companies and other organizations in the field of corporate governance. They wanted to draw attention to the exemplary actions of their members on the occasion of their 25th anniversary. 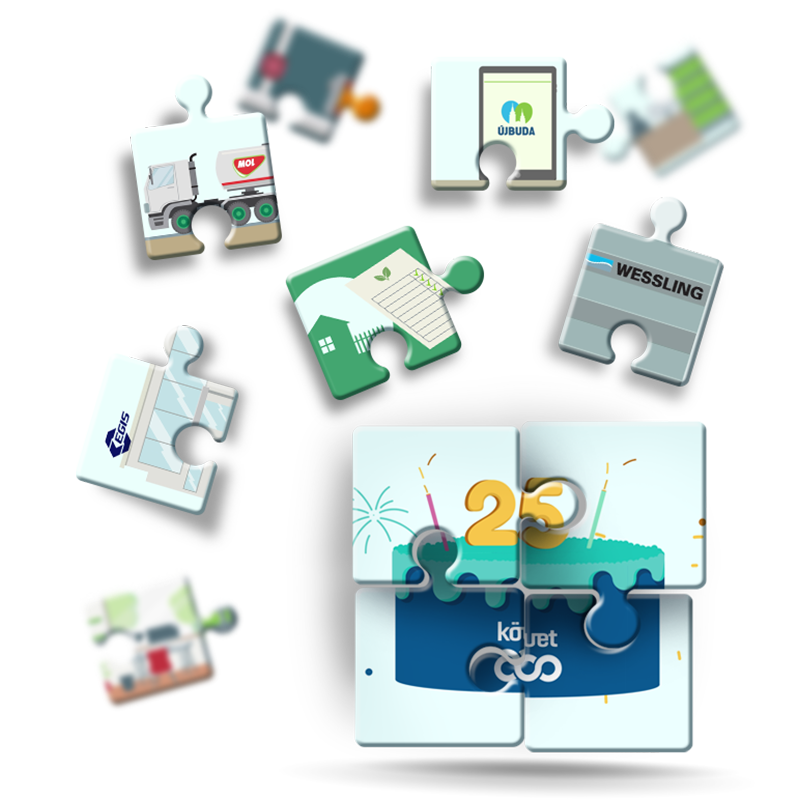 We presented the initiatives and results of the participating companies with spectacular, animated infographics, which - together with an animation showing the activities and history of KÖVET - were put together into a complete film. It was the main attraction of the anniversary summary conference.

In the name of complexity and reusability, we suggested that the actions of the ten companies applying for the competition be shown in a short animation that can be used for external and internal promotional purposes, so that each short video has three different functions at the same time.

The descriptions and detailed documentation of the applications were available to us, from which we prepared the animated infographics highlighting the relevant information, presenting the outstanding elements of the measures. Throughout, we kept in mind that each presentation film should form a whole that could be interpreted separately, but also together.

Due to the close deadline of the conference, the small videos were made with extreme speed, as they had to be accepted by the individual applicants in addition to the client. The reception of the jubilee film, which consists of ten short films and a video presenting the KÖVET Association, was especially positive, and we received a number of positive feedbacks after the conference.