We were commissioned to make promo videos for the debut of a Hungarian pharmaceutical device on upcoming international trade shows. Our business with RotaChrom began with a live action video, which was later followed by two animated videos. All these films were then recombined to make a background video to be screened on expos. RotaChrom took third place in their first expo in Orlando, due to their consistent and beautiful corporate image, the AR content presented, and last but not least, the matching videos we made for them. We are proud to have been able to contribute to the company’s achievements. 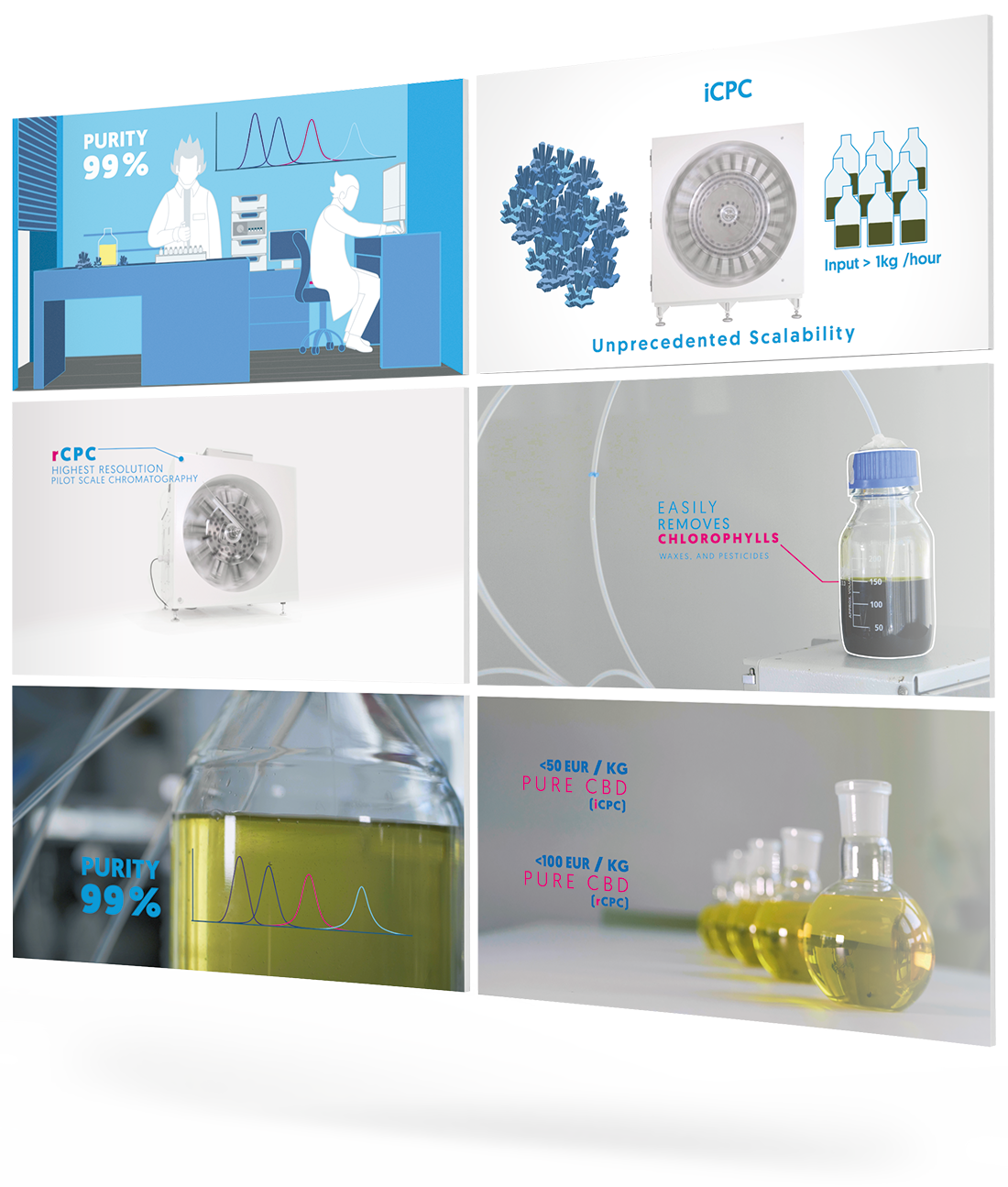 The first commission was to shoot a live action promo video, which was later followed by one animated video per expo. Apart from the design elements that were needed to be kept consistent with their look, we were given free rein in the project. When developing the scripts, our key consideration was to find a form that the target audience would easily understand. For the live action promo video, two kinds of on-site shooting took place. The small-scale device was filmed under laboratory conditions, while the largescale appliance weighing several tons was shot in the factory due to its immobility, so we had to create studio circumstances in the industrial environment.

The purpose of the animated videos was to provide context for the product and to pique financial investors’ interest. We distilled the language so crystal clear that anyone could understand the device’s essential features and the outcomes of a potential investment at first hearing. The videos also had to be in line with every aspect of a trade fair in the US. In addition, the live action part was integrated into the AR experience. Since then, our works have served as background videos on several trade fairs, enhancing our partner’s international success.