For experienced realtors, we developed a workflow system by rewriting their old system, expanding it with additional features. 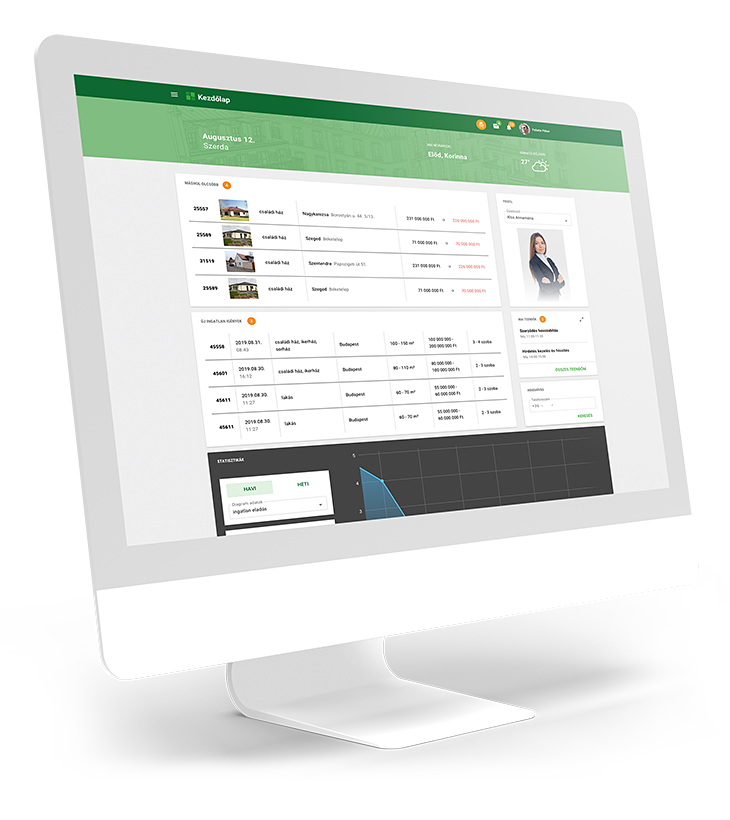 Over the years, the company’s user needs have transformed; therefore changes were needed in certain processes. To this end, we have developed several implementation plans, which we fine-tuned during the consultations with our client. As a result, the web application was extended with a mobile application and with a user management system.

We worked with a large data set, therefore from the beginning of the database architecture development work, our priority was to create a high-capacity software environment. For this reason, we could divide one large web application into several smaller parts, as the navigation between different applications was not a problem due to our unified access system.

A designer, a tester, several back-end and front-end developers were also involved in the development, so at the end the project became a huge team effort. During the work, we were in constant consultation with our client, so that the result perfectly reflected their ideas.